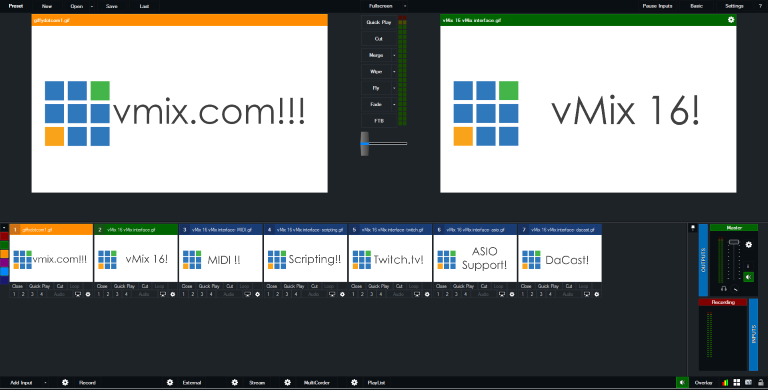 Wow. This really has been a big week for us here at vMix. We have a new website, and new domain name and now that’s all tied in with a new version release! vMix 16! It’s been less than 6 months since the last update, and here we are again with more huge upgrades for vMix. There are a lot of changes in vMix 16! We’ve compiled a list at the bottom of this post, but here are the biggest ones!

What are the big changes for vMix 16?

vMix 16 adds compatibility for MIDI controller devices. This means that you can program your midi device to perform functions within vMix. You can use this for all of your audio channel levels and you can program any of the buttons in the new vMix 16 shortcuts section to perform any function you need! This is a great way to add even more control to your vMix workflow.

You can now connect ASIO devices to vMix and they will be fully supported!

The vMix 4K and PRO editions now include powerful programming capabilities through the Scripting feature.  Click here to learn more about how to script for vMix using VB.NET and Web Scripting.

You can now stream directly from vMix to Twitch, DaCast and StreamingChurch.tv!

Here are all of the rest of the vMix 16 Features!!