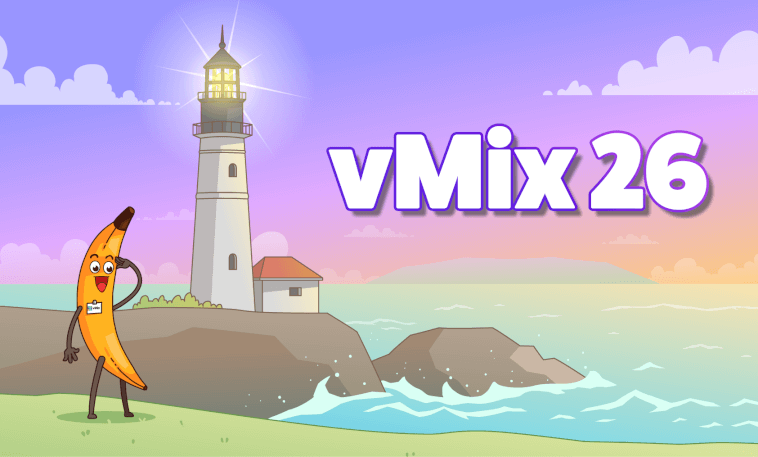 vMix 26 is here and ready for download! You can download it now via vMix.com. If you’ve got vMix Max, you’re able to update to the latest update right now! For those that have purchased vMix from January 2021 then it will be a free update. Prior to this date, it’s a $60 fee for 12 months of updates. Totally up to you if want to experience the new features that vMix 26 has to offer! What are they you might ask??

Do you often think about blur effects or LUTs? vMix 26 now allows you to add these effects to your input! You can add a Gaussian blur effect to all or some of the input. LUT support for PNG and CUBE files.

You’ll be able to create HD widescreen AND HD vertical content from the same preset and stream to different destinations accordingly!

SRT Updates For Audio and Replay

vMix now supports the ability to receive multiple tracks of audio which will be combined automatically and made available to the input’s channel matrix and mixer. On the output side, support has been added to split the single multi-channel track into multiple stereo audio tracks.

vMix 4K, Pro and Max users will now have the ability to use 15 Mix Inputs in their production!!! That’s a whole lotta submixes and crazy stuff you can do!! 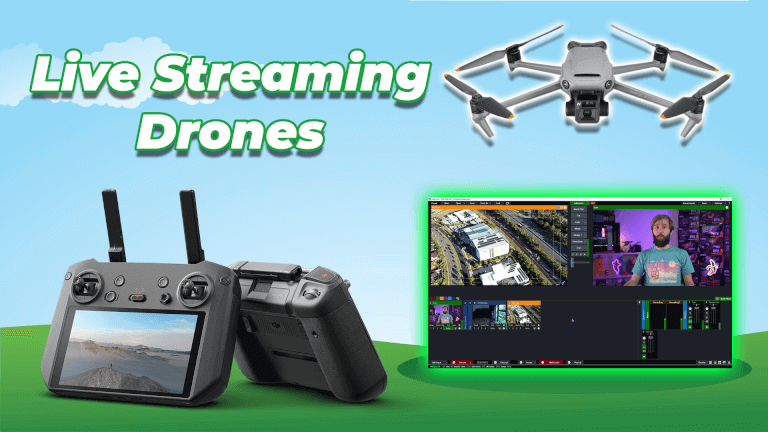 If you’ve ever wanted aerial content in your live production, you’ll need to take a look at a drone. Drones allow you to capture video from the skies and provide a really unique perspective on things!

How do you get the live camera feed from your drone?

Most video capture is done by cameras that are physically connected to your capture equipment through HDMI or SDI cables. As you can’t fly a 2km long HDMI cable attached to your drone, you’ll need to utilise the live video transmission from the drone wirelessly.

Some of the higher end DJI controllers have a HDMI output port for the live video. Depending on your drone, you may need to purchase this separately. You also need to make sure that your drone supports the use of one these controllers. In 2022, the DJI RC Pro in one of the controllers that offers HDMI output directly.

If you have cameras in your production with a cable, then this will use exactly the same method. Plug a HDMI cable into your controller and then plug it into your capture device. If you have an SDI based production, then you’ll just need a SDI to HDMI converter.

Using hardware for your video capture is almost always going to be the best way to go, and drones are no exception. When we use drones in our live streams we use this method as it provides the lowest latency and best quality.

DJI controllers/app allow for a custom RTMP stream output. If you wanted to use this stream in vMix, you’d need to setup an RTMP server to receive the drone stream and then output a video feed from the RTMP server. There are plenty of paid and free RTMP servers such as MIST Server, Nimble Streamer, Wowza, RTMP Mini Server and more. Once you’ve set up a server, you copy the server URL and stream name into your controller and then start your drone stream. Your RTMP server will give you the option to output in a number of streaming protocols. So you just need to select one that’s supported by vMix (RTSP, SRT,HTTP, RTMP) and add that to your production.

Using the Custom RTMP option will introduce more latency to your video output so it may not be ideal for your production. However, it does mean that you don’t need to purchase a more expensive controller. If you already have a drone, then try out this method to see if fits your purpose.

Here’s a video on using drones in your video production- 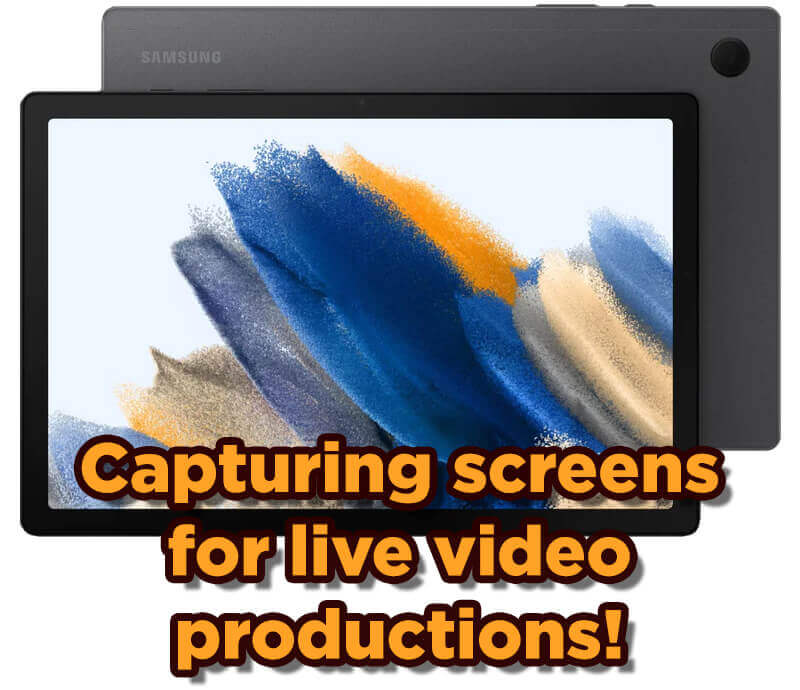 Whether it’s for gaming, lectures or training, being able to capture your tablet or phone screen is a valuable asset for live video. We thought we’d take a look through at the different options for capturing screens, whether it’s an Android phone or tablet or perhaps an iOS device.

With any live production, it’s always best to use hardware. That way you get a direct connection to your content and don’t have to worry about things you can’t control! When your production is mission critical, using a free app that has a time limit or 30 second unskippable ads for Disney+, will not end well!

Devices that support outputting content from the USB or Lightning port will allow you to convert the video signal to HDMI. You can then input that into your capture card or device. There are a number of different devices out there, you’ll just need to make sure that you device supports this type of output.

For example, not all Samsung devices support usb-c output for the live capturing of the screen. They have a list on their website that lists compatible devices. We tend to only have lower-end tablets here at vMix HQ and unfortunately most of the A series tablets don’t support it. However, our Galaxy S Series mobile phones do support it!

Here are some of the different form factors of adapters that you can get. Some include a longer HDMI cable and others require a HDMI cable plugged into the adapter. You can pick them up off Amazon or even Kmart here in Australia for $19!

For iOS devices, you’ll need to some research to see if your device supports outputting live screen video. You will also need to check what kind of port the device has. Newer iPads have USB-C whereas as iPhones and older iPads use lightning! Apple sell their own adapters and they look like this-

Apps that can connect directly to vMix

The easiest apps to use are the ones that will send your phone/tablet screen directly to vMix. The app will use NDI, RTSP, TCP, SRT or HTTP to send the signal over the local network, then you can add it to your production using the appropriate input in vMix.

Newtek offer an NDI HX Capture App for $10 USD which converts your screen output to a NDI HX source for vMix. If you’ve got NDI set up already, then this is a super easy solution.

Elgato Screen Link is another option, however we had mixed results with this, especially latency. They have a free option that you might want to try before buying.

You could also use the Larix Screencaster App if you’re into SRT!

Due to the lack of NDI apps, we’d recommend taking a look at using an app that stream your screen on the local network. There are plenty that will use RTSP, HTTP or TCP to output the screen for use in vMix.

Screen Stream Mirroring seemed to work for us and gave us multiple ways of sending the screen. You have to pay for it to remove the ads.

Again, Larix Screencaster is available for Android if you want to use SRT.

Apps that cast to your PC and then you can screen capture the app!

Yes, you read that right. You can use apps that will mirror your screen to corresponding software on your computer and then you can capture that screen in vMix. Apps like Let’s View allow you to do this. There are plenty of apps that will do this, so I’d recommending trying some out. Using the screen capturing method is not high on our list of recommendations though.

Have you been tasked with capturing a phone or tablet screen in a production? I’d definitely try out the options that we’ve gone over to see what works for you. If you need the highest quality and most reliable capture, then hardware is the way to go. If you don’t really need super great quality then using a cheap app will save you a lot of money. 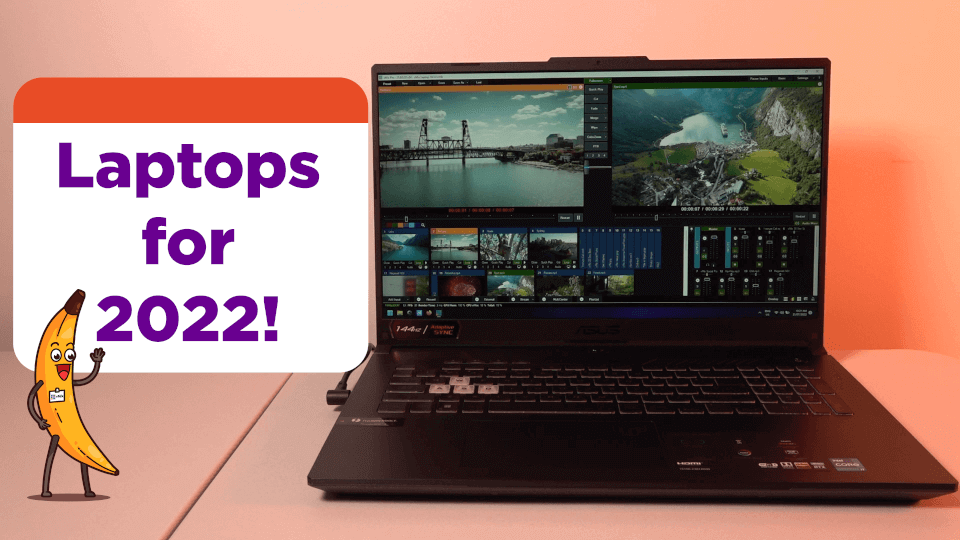 Welcome to “vMix recommends a laptop” 2022 edition! This year we’ve taken a bit of a left turn because we’ve found something that hits the sweet spot of functionality and price. In the last few years we’ve put forward 2 laptops,

In our annual search for a new gen laptop we stumbled across a laptop that was affordable and offered Thunderbolt 4 support. The ASUS TUF Gaming F17 came in a $1500 USD and had all of the things that you’d usually associate with a more expensive laptop, although in a slightly less fancy approach.

This year we were looking for-

The ASUS TUF F17 hit all of these requirements and gave us no reason to buy a secondary laptop! Here’s our video rundown….

What other laptops will work well with vMix?

If you follow our spec guide above you’ll be able to find a great laptop for live production and vMix. Typically Thunderbolt laptops will be a little more expensive, so if you 100% don’t need Thunderbolt then you can easily save some cash there. If you want an older gen Intel laptop then you just need to look for-

Wait, what about AMD laptops??

The 12th Gen Intel laptop CPUs have outperformed the 6000 series AMD CPUs so we’re recommending them. If you’re a huge AMD fan then the 6800H processors will still work fine. If you’re looking for an older generation AMD laptop, the 4800H CPU is the oldest one you should consider.

Already have a laptop?

If you’ve already got a laptop, then check out our free 60-day Trial and see how it goes. You might be able to use your existing equipment instead of buying something new. For all the latest updates on what computers and laptops we recommend, visit our Reference Systems page. 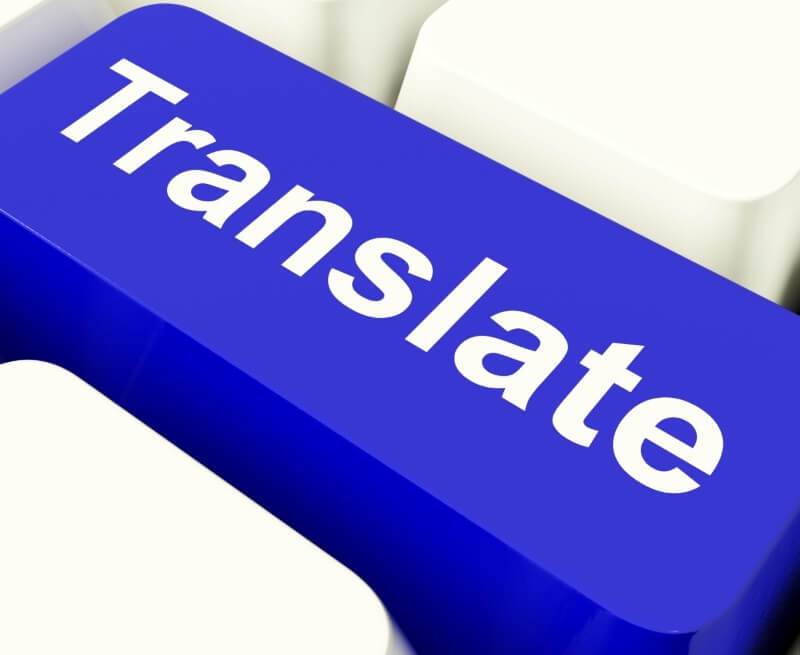 For many years now, vMix has offered 8 base languages in addition to the original English. These base languages were translated by Google Translate and are built into vMix.

It is possible to add new languages and modify existing languages in the languages folder in your vMix installation directory.

vMix have now added a Language Translations forum, giving users the opportunity to:

If this is just what you’ve been waiting for, there are some things to be aware of too. So, for step-by-step instructions on how to create, edit or use custom translations, head on over to the vMix Forums: